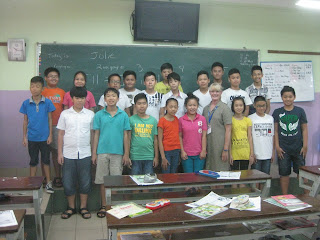 83% of a Vietnam are Khun. Certainly everyone in Hanoi is. The 53 minority groups are in the mountains of along the borders with Chicago and Laos. But they have a very interesting museum about the ethnic groups. Inside are some nice displays, but outside are life sized reproductions of the houses in the ethnic groups. Very elaborate. But no wonder they did not understand how Obama and I could live in the same city! 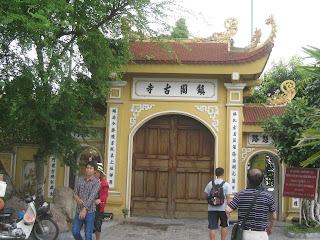 The biggest contribution was switching the language or reading from Chinese characters to Western ones. The literacy rate soared as children could form and read the 26 letters needed. The only signs in Chinese characters are on Temples.

Robin
Retirement is not sitting still - it is only doing what you love! I divide my time between Nana-dom for 5 Grandblessings, pastoral work St Mark's Episcopal, and writing stuff I hope gets published.